The choice in limiting the research area to the eastern part of Romania, more specifically to the Moldavian Plateau, lies in its incredibly rich archaeological potential, which has been so far rather unequally and insufficiently investigated. This territory, marked by a complex landscape, with diverse landforms arranged organically into a geographical unit, constituted an auspicious setting for the settling and development of human communities. This is testified by the uninterrupted occupation of the area, starting with the dawn of humanity, from the Early Palaeolithic (approximately 700.000 BC – 120.000 BC) to the present.

Following a series of extensive field investigations carried out by the members of the PROSPECT team in the Moldavian Plateau, the catchment basin of the Bahlui river was selected for comprehensive investigations, as well as the five microzone that constitute the project’s case studies: Isaiia–Balta Popii, Filiaşi–Dealul Mare, Hândresti–Dăiceni II, Scobinți–Grădinești, and Cotnari–Dealul Cătălina. 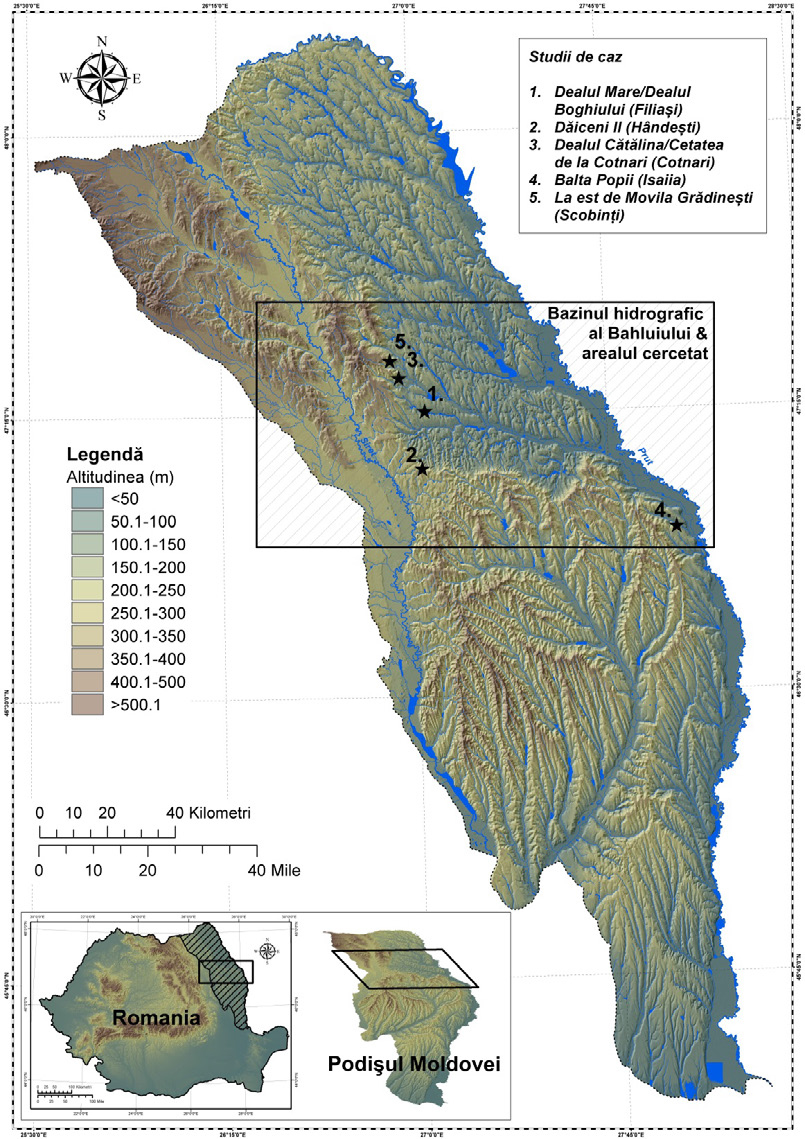 The archaeological site from Isaiia–Balta Popii is located on the first unfloodable terrace of the right bank of the Jijia River, at ca. 1 km W of the former river path (nowadays diverged by means of hydro-works), at ca. 3 km ENE of Isaiia village. The site is a pluristratified settlement, with remains from several periods: Linear Pottery culture, Precucuteni culture (with three stages), Early Bronze Age, early Hallstatt (A phase, Corlăteni culture), Sarnmatians (2nd century AD), Sântana de Mureș-Chernyakhov culture (3rd century AD), Early Middle Ages, Early Modern period. The research carried out in the central and north-western part of the site have lead to the discovery of impressive buildings from the Precucuteni period (Early Neolithic), which were clearly cultic edifices (sanctuaries). The excavations carried out in 1996–2010 have unearthed eight Precucutenian dwellings, two of the Linear Pottery culture, and one from the Hallstatt period. Likewise, a Sarmatian necropolis was discovered, with 16 graves found so far, with a rich and varied inventory. The site has also produced other remains from the Bronze and Early Iron ages (the Corlăteni cultural group, in an area later part of the Cozia-Brad cultural group, with impressed ware). The archaeological researches were carried out by a team from the Faculty of History of the “ALexandru Ioan Cuza” Univeristy of Iasi, lead by Professor N. Ursulescu.

The archaeological site Filiaşi–Dealul Mare is located on the southeastern edge of the Filiaşi village, ar ca. 6 km NE from Târgu Frumos, and 4 km W from Războieni. This site, resting on a promontory that dominates the sorrounding landscape, has furnished notable Cucuteni A3 remains, in the form of ceramics, anthropomorphic figurines and stone tools. The settlement was first investigated on the surface and through trial excavations in 1935 by O. Tafrali, V. Manoliu and E. Condurachi. In 2010–2011, the interdisciplinary Arheoinvest team (“Alexandru Ioan Cuza” University of Iasi) carried out a new field surveys, which have confirmed the presence of the settlement. 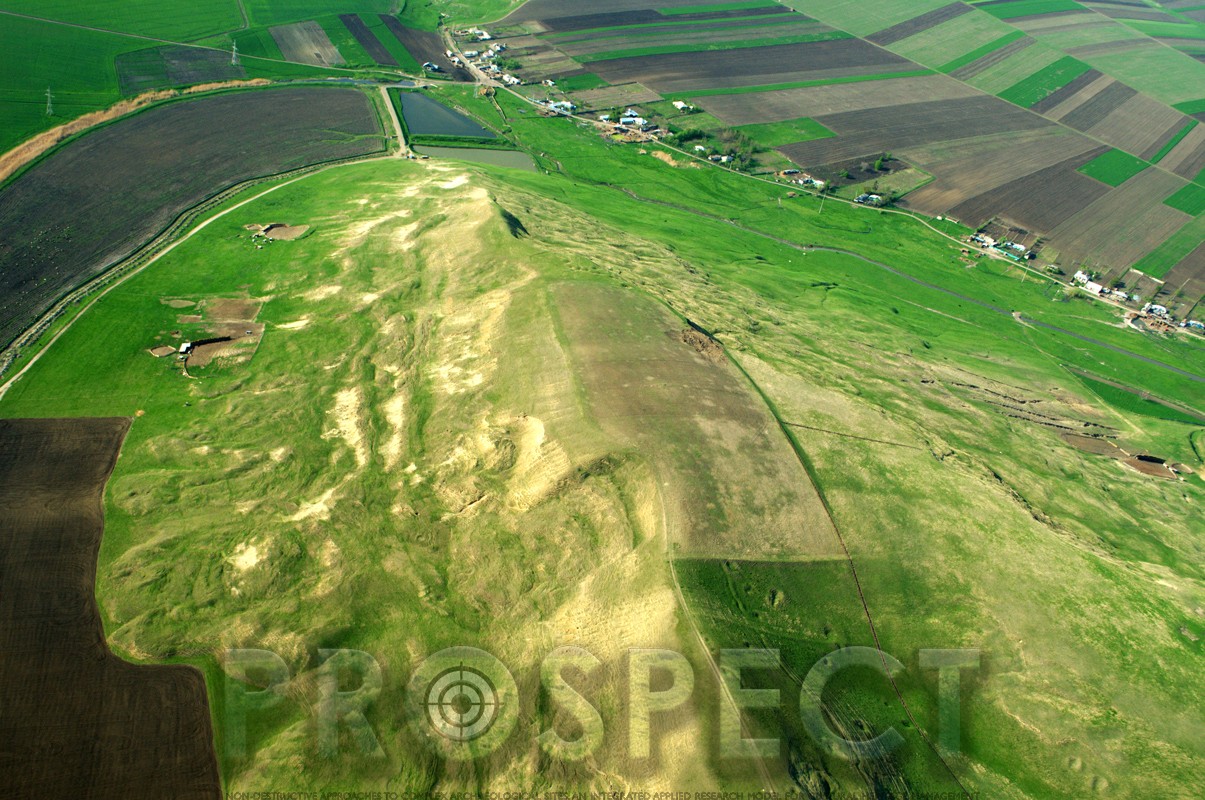 The archaeological site from Hândresti–Dăiceni II, is located on the terrace of the Dăiceni creek, south of Hândresti village. The surface research carried out in this area revelead the existence of a Cucutenian settlement (A-B phase, judging by the ceramic fragments and figurines discovered). Just like for the rest of the case studies, the limits of this settlement were estimated and the GPS coordinates recorded, also producing an asessement of the natural and anthropic (particularly agricultural works) risks threatening the site. 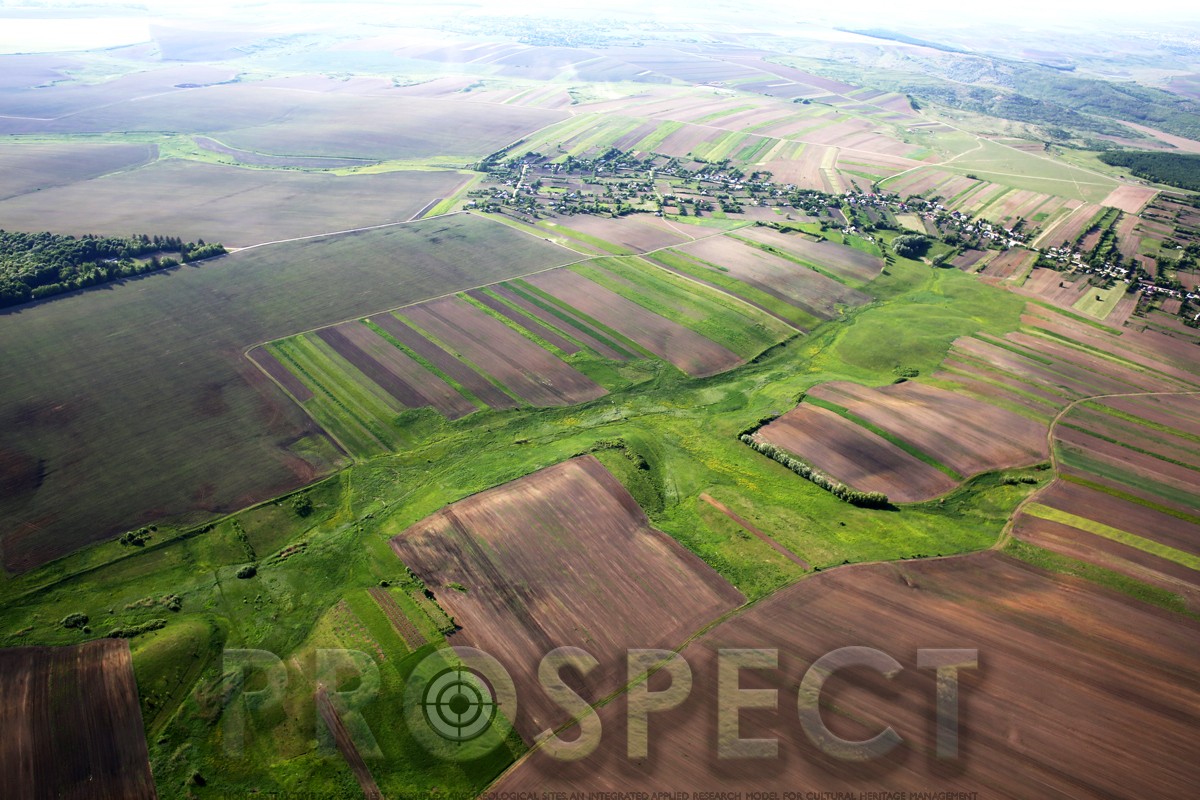 The archaeological site from Scobinţi was discovered in 2011 by the Arheoinvest team , following the analysis of the sattelite imagery and military air photographs. It is, most likely, a fortified settlement of very large size, covering an area of over 47 hectares, in the administrative limits of the Scobinţi and Cepleniţa communes. The site most likely dates from the Bronze Age or the Early Iron Age. Field surveys carried out by the PROSPECT team established the limits of the fortifications, collected surface ceramic fragments, and assessed the natural and anthropic risks affecting the site. 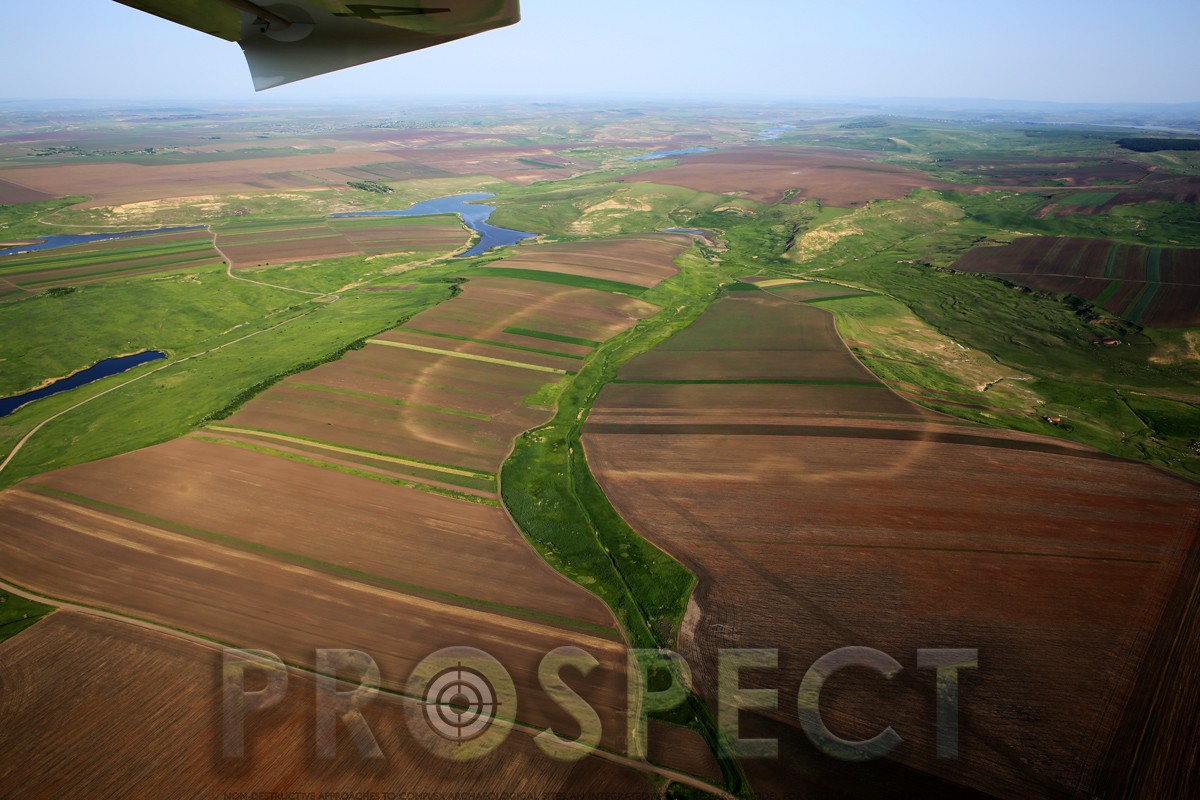 The archaeological site from Cotnari is located on the Cătălina Hill (part of the Dealul Mare–Hârlău massiff), in the northwestern part of the village, on a plateau 1100 m in length, 150 m in maximum width, and ~100 m in elevation. In the 4th-3rd centuries BC (late Hallstatt period), the entire plateau was covered with fortification works by the Thracian-Getae inhabitants. Excavations in this site started in 1967 under A.C. Florescu, revealing the fortification works, the remains of a civillian settlement (3rd-2nd centuries BC), as well as scattered remains from the Paleolithic, Eneolithic (Cucuteni culture), La Téne period, and Early Middle Ages. The recommencing of the archaeological investigations could provide to both specialists and the wider public the entire image of a site of major importance for the history of northeastern Romania, with futher implications on the local tourism and economy.